Recently MUTUAL ART Magazine published an article on stolen paintings. Here it is:

The year 2010 looks to be crucial because a Vermeer, Rembrandt and PIcasso were stolen from the same collection. Catalogues of all the mentioned artists are availabel at www.ftn-books.com

How 6 of the World’s Most Valuable Paintings Disappeared

After a painting believed to be a rediscovered Michelangelo was stolen from a Belgian church just days before it was due to be authenticated, we take a look at some of the most significant artworks whose whereabouts are still a mystery. 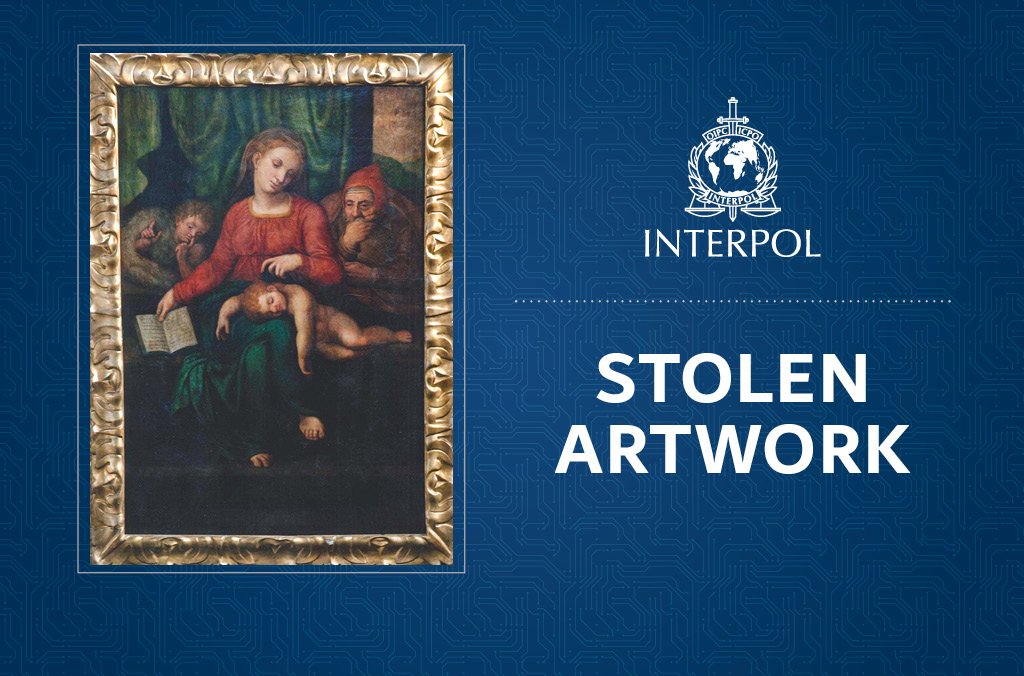 ALERT: A valuable painting attributed to #Michelangelo or Venusti, one of his students, has been stolen from the Church of St Ludgerus in Zele, #Belgium. https://www.interpol.int/en/News-and-media/News/2019/N2019-001 …

A painting believed to be a newly discovered Michelangelo was last week stolen from the church of St Ludgerus in Zele, Belgium. The 16th century depiction of the holy family was just days away from undergoing authentication to decide whether or not it was the work of the Renaissance master.

The church pastor called in experts after he noticed similarities between the painting’s composition and some extant sketches. There was much excitement at the possibility that this was Michelangelo’s lost Madonna del Silenzio.

But the painting now has the dubious honor of being numbered among the world’s lost or stolen masterpieces. It’s an illustrious list full of big names and hundreds-of-millions of dollars in estimated value. Here are a few choice examples of paintings which have gone AWOL, and the stories behind their disappearance.

Despite being the largest and heaviest of Kahlo’s paintings (it’s painted on wood panel rather than canvas), La Mesa Herida (The Wounded Table) was stolen after a blockbuster exhibition of work by Mexican artists in Warsaw in 1955, and hasn’t been seen since.

The piece went missing somewhere between Poland and Moscow as the popular exhibition made its way towards Russia as part of its global tour. Diego Rivera, the mural painter and Kahlo’s former husband, had specially requested that this painting be included to represent Kahlo’s work in the year of her death (1954).

In May of 2018, new archival evidence prompted investigator Raúl Cano Monroy to renew efforts to find the painting, now valued at around $20 million. He estimates he will find it in around five years, but for now it remains lost.

Storm on the Sea of Galilee (1633), Rembrandt van Rijn

One of the most significant works stolen in the infamous Isabella Stewart Gardner Museum heist was this extraordinary Rembrandt depicting Christ calming a storm over the sea of Galilee. It’s the only seascape that the Dutch master ever painted.

On the 18th of May 1990, in the early morning, two men disguised as police officers responding to a call were admitted to the Isabella Stewart Gardner Museum, Boston. They tied up the guards who had allowed them to enter, and set about stealing around $500 million worth of paintings and artefacts. It’s not just the biggest art heist in history, it’s the single biggest theft of private property ever. Even the efforts of the FBI have not led to a single arrest in the 28 years since.

For an artist like Vermeer, whose enormous reputation relies on a curiously small number of extant paintings (only 34 are known, including The Concert), a missing work is a big deal. This painting was another which was stolen by the Isabella Stewart Gardner thieves.

As in the case of The Storm Over Galilee, an empty frame has been left in place of The Concert on the museum’s walls, a poignant reminder of its absence.

As the fireworks over Oxford began on the evening of December 31st 1999, heralding in the new Millennium, a lone thief climbed up construction-scaffolding surrounding one of the University’s libraries. They proceeded to hop across to the rooftop of the Ashmolean, the world’s oldest museum, break through a skylight, and abseil into the building.

They set off a smoke-bomb, obscuring the CCTV cameras and initiating a callout to the fire-department, meaning security guards had to wait for the emergency response. By the time the fire brigade arrived, the thief had swiped Cézanne’s View of Auvers-sur-Oise, climbed back up through the skylight, and disappeared over the rooftops and down into the crowds of New Year’s revellers.

To this day, the whereabouts of the painting (valued at $10 million), and the identity of the thief, remain a mystery.

This complex, tenebrous still-life was painted by Van Gogh only three years before his death by suicide. As such, it’s an incredibly valuable piece of art history, as well as being eye-wateringly expensive. The most recent estimate sets its worth at around $50 million.

It was first stolen from the Mohamed Mahmoud Khalil Museum in Cairo in 1977, and was recovered by authorities a decade later, during its centenary year. It was taken from the same museum again in 2010, and has never been recovered.

Officials detained two suspects at Cairo International Airport a few hours after the painting went missing for the second time, but these arrests turned out to be red herrings and the real thief or thieves vanished with the piece.

In 2010, the biggest heist since the Isabella Stewart Gardner Museum theft took place at the Musée de l’Art Moderne de la Ville de Paris. Among the $100 million worth of art stolen was this painting, The Pigeon With Green Beans, by Picasso.

According to the thief himself, the painting ended up in a trash bin when he panicked after a police phone-call. Apparently, the container was emptied by waste collection services before the painting was discovered. There’s some doubt around this account, so although it’s considered lost or destroyed the true fate of this piece remains obscure.